The NSX is perhaps the most iconic Honda Acura sports car

The recently concluded weekend at the Circuit Of The Americas (COTA) was glorious for both Red Bull and Honda F1 units. Max Verstappen extended his lead over Lewis Hamilton at a track that was supposed to favor the Mercedes team and his teammate joined him on the podium which helped Red Bull close in on Mercedes in the constructor’s standings. Their junior team which is also powered by Honda, AlphaTauri, also saw its young prodigy Yuki Tsunoda come home in the points. While this happened, the two AlphaTauri drivers also had some fun with the original Honda Acura NSX – which was Honda’s answer to the Ferrari F40 back in the early 90s.

As Honda leaves F1 at the end of the year, COTA also marked the return of the Acura branding on an F1 car for the first time since the 80s when Alain Prost and Ayrton Senna’s McLaren was seen dressed in the Acura brands in the dayglow McLaren Honda . 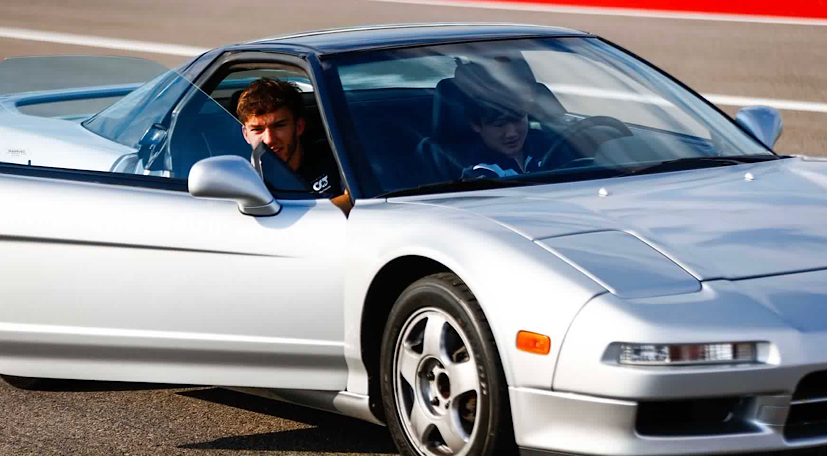 AlphaTauri’s Pierre Gasly who had an early retirement from the race luckily did manage to have some fun with the legendary original NSX and he said, “I had a lot of fun with the car and I rode the curbs pretty hard… I was surprised by the power, too.”

The two AlphaTauri drivers had so much fun with the car at COTA that they even knocked the wheel cap off the car while riding the curbs during a hot lap around the 20 corner circuit. The NSX was designed as an answer to the Ferrari F40 but was designed to be a much more usable and reliable car with more creature comforts than the Prancing Horse offered back in the day.

While Honda is leaving F1 at the end of the year, it will likely be a sponsor for Red Bull and AlphaTauri in 2022 while it also helps Red Bull’s newly formed Powertrains division absorb its engine IP and help build the 2022 engines. There is also chatter, in 2026 Honda may return to F1 as an engine manufacturer considering the amount of success it is having right now.

Farm Laws Will Be Withdrawn Too: Rahul Gandhi After Cops Remove...