Audi in July said it had been unable to build a mid five-digit number of cars in the first half of the year. 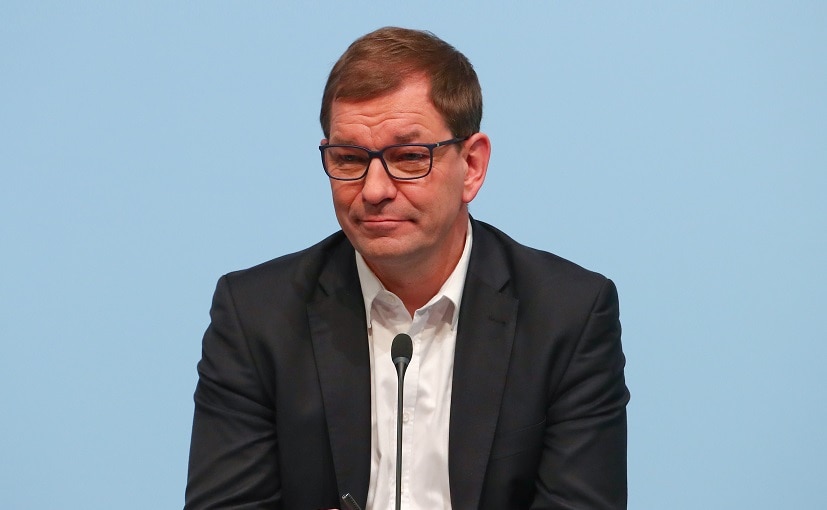 “We had a very strong first half in 2021. We do expect a much weaker second half. We really have trouble,” Markus Duesmann told Reuters ahead of the Reuters Events Automotive conference, calling the situation “a perfect storm”.

Duesmann’s comments highlight the problems global carmakers are facing in navigating a global chip supply crunch that has hit car production around the world.

But while the car industry’s vehicle sales have suffered it has softened the blow through price increases that have boosted margins.

Audi in July said it had been unable to build a mid five-digit number of cars in the first half of the year. But its profit margin in the period surged to 10.7%, even surpassing the 8% in 2019 before the pandemic struck.

“We are dealing with it pretty well I would say,” Duesmann, who also sits on the management board of Volkswagen, said. He said the group was seeking closer ties with chipmakers and that the carmaker would emerge stronger from the crisis.

“But at the moment it’s a day-to-day troubleshooting process,” he said.

Audi’s CFO in August said it would only take 2-3 years before profitability of EV would match that of combustion engine cars.

Audi, which accounted for more than a quarter of Volkswagen’s first-half operating profit, has embarked on an ambitious shift towards battery-powered vehicles, meaning all new models it will release from 2026 will be fully electric.

Meantime, production of internal combustion engines will be gradually phased out up to 2033. Audi’s CFO in August said it would only take 2-3 years before profitability of electric vehicles (EV) would match that of combustion engine cars.

Duesmann thinks this could happen even more quickly.

“The point where we earn as much money with electric cars as with combustion engine cars is now, or … next year, 2023. They are very even now, the prices,” Duesmann said.

Apart from efforts to challenge Tesla and become the biggest seller of EVs, Volkswagen, the world’s No.2 carmaker, is also doubling down on efforts to develop software, which CEO Herbert Diess said is the industry’s real gamechanger.

Duesmann, who took over as Audi CEO last year, has previously said that Volkswagen would make most of the automotive software needed for the group’s transformation on its own and that it was too early to think about partnerships.

“Because at the moment … it would take away speed, it would add complexity,” Duesmann said. “Certainly we could share our software platform with other automotive companies but that’s more mid-term, long-term … 5-10 years.”

Duesmann, a former BMW executive, now also has responsibility for luxury brands Lamborghini, Ducati and Bentley which have been brought under the Audi roof.

The 52 year-old Ducati enthusiast brushed off recurring speculation that one of them could be sold, even though there was regular outside interest.

“These brands … are very valuable very profitable brands, where we can even expand the synergy level in the future,” Duesmann said. “There are no plans whatsoever to get rid of them.”

PM Modi To Address Nation At 10 AM Today

Clarifications From Bharat Biotech On Covaxin Likely By Weekend: WHO