Toyota is also promising some impressive specs so this is not a half-hearted effort from one of the biggest carmakers in the world.

Originally unveiled as a prototype at the Shanghai motor show, the bZ4X has finally been unveiled as a full production road-legal vehicle by Toyota which becomes its first EV after years of resistance towards adopting the electric powertrain. It is the first Toyota to use a dedicated battery electric vehicle platform which is why it is being considered as its first EV.

The bZ moniker standards for beyond zero which is part of its electrification strategy and also its new sub-brand for EVs. From the concept, the car hasn’t changed much and it retains its hyper-aggressive design which is rather bold for a clinical Toyota. 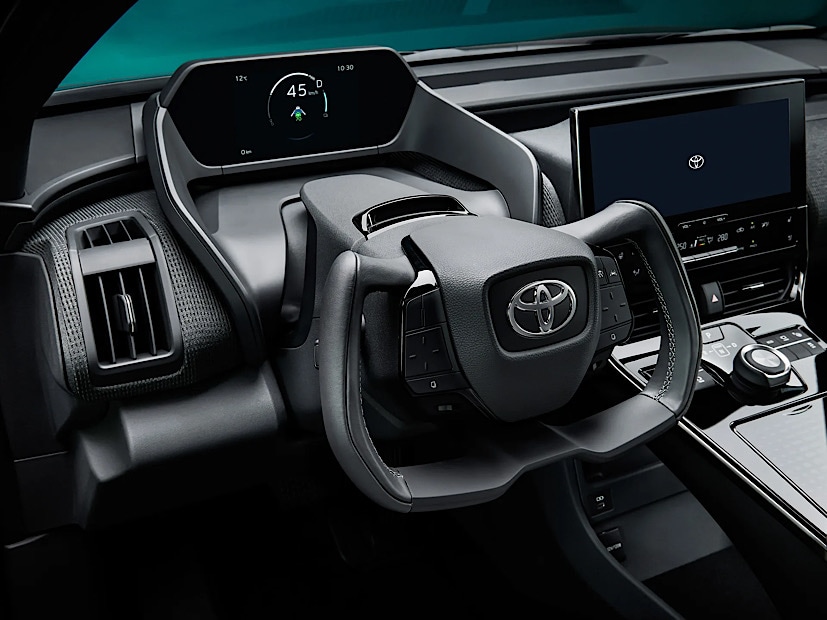 Interestingly, the front-wheel-drive model gets a single 150 kW motor while the all-wheel-drive models get 80 kW motors on each axle. It also gets fast charging technology and can do 0-80 percent in 30 minutes.

It is mostly a mass-market play and a mid-range SUV. But uniquely, Toyota also provides an optional solar roof that according to Toyota generates 1,800 km of range per year.

It even improves some of Tesla’s innovations like the “yoke” steering wheel with a wing-shaped steering wheel that has a lock-to-lock set at around 150 degrees. The car is expected to launch in Japan in mid-2022.

New Delhi: Bollywood's one of the most talked-about couples right now - Katrina Kaif and Vicky Kaushal - were spotted together last night...

In Kareena Kapoor’s Post Featuring Mom Babita, A Glimpse Of Her...